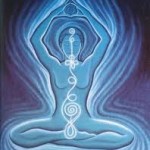 Panchakarma (Sanskrit Language: पंचकर्म‌, literally meaning “five procedures”) is the word for the five different procedures used in Ayurveda which are believed to purify the body.

This is done in two ways:
* Pacifying the aggravated Doshas by using appropriate diet, natural herbs and ayurvedic medicines.
* Eliminating the increased Doshas from the body.

Panchakarma is a body purifying therapy to enhance the metabolic process through food and herbal medicines. It is used in deep rooted chronic disease as well as seasonal imbalance of Tri-Doshas. As the wastes are eliminated from the body the person becomes healthy. So Panchakarma means five types of actions or techniques or treatment are based on elimination therapy.

In order to stay healthy and fit one should carry out Panchakarma methods as a way of cleansing and servicing the body. The greatest benefit of this system is preventing possible serious illness due to ‘Srothas Avarodha’ (obstruction of channels or ducts). Panchakarma have a rejuvenating effect when it is subject to a healthy person.

The Five Procedurs (fivefold therapy):
Panchakarma (meaning “five actions”) developed in India, though there are regional variations in therapeutic procedure as well as in the equipment used.

According to Maharshi(Sage) Charaka (School of Medicine), the five actions are ‘Nasya’ (nasal therapy), ‘Vamana’ (Emesis or therapeutic vomiting), Virechana (therapeutic purging) and two kinds of ‘Basti (therapeutic enema), ‘Nirooha Basti’ and ‘Sneha Basti’. Herbal decoctions are used for Nirooha Basti and herbal oils for Sneha Basti. This five major procedures in Panchakarma, is meant to purify the whole body by eliminating the accumulated toxins from it. 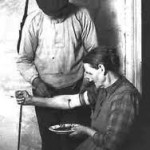 Another school, that of the surgeon Sushruta, regards Rakta (blood) also as a dosha (humour), the vitiation of which can cause diseases, and advocates Raktamokshana (blood-letting) as the fifth in the Panchakarma therapies. In this school the five therapies are Nasya,Vamana, Virechana, Basti andRaktamokshana. As bloodletting involves medical venesection, it is no longer popular. Jalokavachana(Application of Leech), however, is still practised.

The Panchkarma treatment (the fivefold therapy) is considered as Shodhana chikitsa, the eradication of the basic cause of disease. Shodhana or eradication, along with Shamana, the mitigation of the disease and its symptoms, are the two concepts of disease management in Ayurveda.

The patient who is being selected for any one of the five therapies must invariably undergo all three stages.

Snehana (oleation or oil therapy) and Swedana (fomentation) two Purva Karma procedures are the most important preparatory measures to have Panchakarma.

Snehana (internal and external oleation) is said to loosen the toxins stuck in various sites of the body. Snehana is administering ‘sneha’ or ‘snigdha’  dravyas in the form of ‘taila(oil)’, ‘grita(clarified butter made from cow’s milk)’, ‘vasa (muscle fat)’ and ‘majja (bone marrow)’ to the body. The sneha is given with herbs tailored to help a specific patient’s disease. If sneha is given in a pure form without adding herbs it’s called ‘Achcha sneha’, and is considered the most effective. Snehana is given in the early morning for a maximum of seven days. Snehana is said to help the doshas or toxins to move into the digestive tract from the extremities for easy evacuation (vilayana and uthkleshana of doshas). If snehana is not given before panchakarma, the body is understood to bend like a thin dry stick through the effect of five karmas. 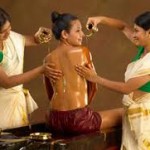 Oil massage (Sanskrit Language: Abhyanga) is an important treatment in Ayurveda. It involves a therapeutic massage of about 30 minutes’ duration, which is said to treat disease. The massages are done with two therapists working on either side of the patient who lies on a wooden bed called a droni in Sanskrit. Special attention is paid to the foot area. Practitioners of panchkarma believe there are nerve nodal points (called ‘Marmas’ in Sanskrit) on the soles of the feet, which are closely related to certain internal organs. During the treatment the patient is made to recline in seven standard positions. This begins with the person seated in an upright position, supine or flat on the back, turning to the right side, supine again, turning to the left side, supine once again, and finally sitting as in the beginning, Sometimes the position of lying face down is also adopted.
Swedana is a fomentation therapy given to the whole or part of the body depending on the disease. Steam of medicated herbs is given, ‘using the fire (saagni sweda)’ and ‘without using the fire fomentation, (niragni sweda)’ is done by sitting under the sun, being in thirst, hunger, covering the body with thick bed sheets, or being in a closed dark room. Swedana is said to dilate channels in the body to facilitate the movement of the ‘Ama (toxins and free radicals)’ towards the ‘Koshta (digestive tract)’.Fomentation is said to help in the liquifaction of doshas(body humors); it is given after Abhyanga or massaging the body, so after the seventh day of oleation, the patient is mready for the main line of treatments- the five therapeutic procedures (Panchkarma Therapy).

The ‘Ama(toxins and free radicals)’ that reaches the ‘Koshta(Digestive tract)’ is believed to be eliminated during the Pradhana Karma (main line of panchkarma treatment). This is the panchakarma itself: Nasya (nasal therapy), Vamana (emesis or therapeutic vomiting), Virechana (therapeutic purgating) and two kinds of Basti (therapeutic enemas) named Nirooha Basti and Sneha Basti. Herbal decoctions are used for Nirooha Basti and herbal oils for Sneha Basti.

Vamana Karma is used for vitiated Kapha (a body humor) disorders like Bronchitis, Cold, Cough, Asthma, Sinus, & Excess mucus. The previous day and the day of  Vamana Karma, external massage of Ayurvedic oils should be carried out. The person should also eat a kaphagenic diet to aggravate Kapha in the system. It is always recommended that during this major action, one should stay only on the Khichadi recipe. 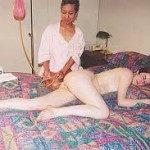 Basti karma is used for Vata (a body humor) disorders like Chronic Constipation, Bloated stomach, Gases, Malnourished people, Sexual disorders, Constipation, Backache, Joint Pains. Basti Karma is one of the important procedures of Panchakarma. The procedure emphasizes on loosened Vata dosha removal out of the body through the rectum. Medicated oil or decoction is administered through the anus to pacify the aggravated Vata dosh.

Nasya karma is used for the disease of head & neck (including ear, nose & throat, eye diseases and even diseases which are of above the clavicle region). The Ayurvedic medicines & herbs in the form of powder or oil, is being inserted through Nostrils which can eliminate the vitiated Dosha through the same path.

Dietary regimens, restricted bodily exertion and the intake of herbs believed to promote health come under the Paschat Karma (post-treatment). Paschatkarma is administering required food for the body after the purification of the body, to intensify the ‘Agni’ (digestion power) which will subside after Panchakarma. During the treatments, food is given accordingly to the degree of purification intended for the body.